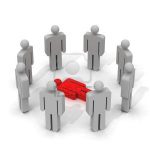 An inquiry into workplace bullying has revealed a case involving the suicides of a brother and sister as a result of the brother being bullied and sexually abused in his first full-time job.

The parliamentary inquiry revealed that the teenage boy  left high school at age 16 to start work as an apprentice chef at a local hospital. It was at this hospital he experienced an ingrained culture of workplace bullying in the hospital kitchen. He was at the end of constant put-downs,jokes, sexual innuendo, tampering with his possessions and eventually, sexual abuse.

The brother was reportedly being bullied consistently for two years by his immediate supervisor and co-workers.

The culture of bullying in the kitchen had allegedly become so ingrained that many long-standing members of staff  became used to it and subsequently turned a blind eye or laughed along with the taunting.