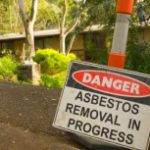 The ACT government is thinking about taking legal action against the Federal Government over the steep cost of cleaning up asbestos.

Chief Minister Katy Gallagher discussed her unsuccessful attempts at convincing the Commonwealth into funding some of the clean-up costs from when it dumped a significant amount of contaminated soil in Canberra.

Gallagher claims the ACT government spent approximately $30 million to clean up and resign in the new Molonglo development. Almost 180,000 tonnes of asbestos were reportedly removed from the site by the ACT.

A site with 600,000 cubic metres of contaminated waste in Eastlake is expected to cost about $100 million to remove.
Gallagher strongly supports the ACT in their quest to convince the Commonwealth to contribute. The support she has stems from the belief that since the former government authority allowed such practices to occur then Canberra tax payers should not be held liable.

However, the Federal Government is expected to counter on the basis that since the land was transferred to the ACT, liability did as well.

The position of the opposition is that tax payers should not be held financially liable for the “incompetence” of the former governing authority.