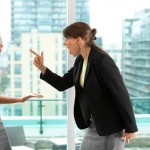 ACT Green have presented a bill in the Legislative assembly that aims to tackle workplace bullying.

Recently, a survey conducted by the ACT Government, indicated that more than 1600 public servants had been bullied or harassed in the past 20 months. The Greens stated that workplace bullying is a harmful and sinister practice that costs the nation billions of dollars each year.

ACT Greens aim to institute a special department within WorkSafe that would manage bullying complaints from the government workers.3 specialised positions are to be set up in order to look into the complaints.The hope is that by having these different specialised positions that each issue will be looked at in a thorough and empathetic manner.

The Australian Human Rights Commission have estimated that cost of this Human Resources issue is in the billions, and this is discounting the effects on health. Furthermore in contributes to a large number of lost work hours.  It affects business as well as people.

Despite the costs involved in organising the unit, it is believed that the cost of bullying far outweighs it.