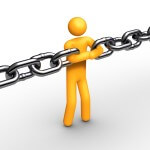 The ACTU is pushing for workers to take advantage of the new safety laws by adopting safety representatives. The ACTU also stated that the rumour that workplaces can be shut down due to concocted safety claims, is false.

A “Speak Up” campaign has commenced following the implementation of the nationally harmonised occupational health and safety laws( OHS Harmonisation). The campaign was initiated with the intent of ensuring workers understand their rights, which includes their right to elect their own safety representatives.

ACTU assistant secretary Michael Borowick stated that it was unlawful for employers to interfere with the work of health and safety representatives or to hinder their responsibility of representing their workmates.

Borowick stated that it is not compulsory to have a safety representative but the opportunity exists if workers feel the desire to take advantage of that opportunity.Previously, Health and safety representatives had limited powers to dictate directives when workers were endangered.Victoria and WA have yet to come to an agreement regarding the harmonised safety laws; while SA and Tasmania are still discussing the proposal in parliament.