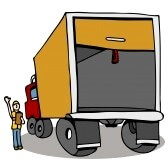 A mining repairs company is has been charged with a $90,00 fine after an occupational health and safety incident resulted in the permanent injury of a 15 year old apprentice.

The company, ATS Mining Maintenance has pleaded guilty for not providing and upholding a safe workplace, which ultimately resulted in serious harm to an employee.

The accident occurred when the apprentice and two fellow employees were performing maintenance on a dump truck. The tray of the truck allegedly weights 10 tonnes and was raised by metal bars instead of the standard safety pins that are used. One of the employees started the truck while the apprentice was still beneath the tray. The tray then collapsed as the metal bars failed  and crashed ontop of the apprentice. The apprentice sustained serious facial injuries as well as spinal and leg injuries.The WorkSafe WA stated that the incident was a reminder of the importance of having safety lockout methods in place

Despite proper safety instructions being available the employer made no efforts to ensure that the proper procedures were followed. The company’s negligence  has resulted in the serious harm of a young person .