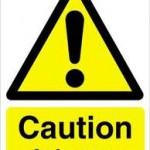 While updating a popular sports field workers uncovered asbestos irrigation pipes. The asbestos was discovered at Lyneham sports field and the contamination appeared to cover a wide area.

The ACT Government had the entire area closed off while the upgrade was being completed which means only the workers could have potentially faced exposure. The government has assured the public that support is being offered to those exposed to the dangerous substance.

Minister for Environment and Sustainable Development, Simon Corbell, stated that they are concerned with the safety practises being carried out at the site and as such, safety practices will be investigated.Mark McCabe, Work Safety Commissioner said the area will not be worked on until the site is deemed safe. Concerns have arisen regarding the use of soil from the site at various locations.The EPA has taken over the site and investigations will continue.