Asbestos awareness and removal is a vital consideration in Australia, as products containing the deadly fibres are discovered each day.

The country’s extensive history with asbestos has made this material a serious threat to homeowners and employees in many industries. It is important, therefore, that Australians know what trends and discoveries are affecting buildings and work across the country.

Here are just five recent headlines that shed some light on how asbestos continues to impact on local and international operations.

As the campaign to remove loose-fill asbestos from home in the ACT continues, the NSW government has come on board, offering free inspections to any home built before 1980 in high-risk areas.

Thus far, NSW has lagged behind the ACT in terms of addressing the “Mr Fluffy” crisis, claiming that the asbestos was safe as long as fibres were undisturbed.

“The NSW government is absolutely committed to ensuring the health and safety of all citizens in this state,” Mr Perrottet said in an August 15 statement.

“This commitment stands when it comes to the issue of asbestos.”

“While the investigation will help determine the extent of properties that may be impacted it is important to remember that the risk of exposure to asbestos in buildings containing loose-fill asbestos is likely to be very low if the asbestos is undisturbed and sealed off,” Mr Dunphy explained.

He added that sprayed asbestos insulation is a “highly hazardous” product, and should not be disturbed by homeowners or workers who have not undertaken asbestos removal training.

“Only qualified tradespeople with training in suitable asbestos control measures can work in any areas identified as containing asbestos.” 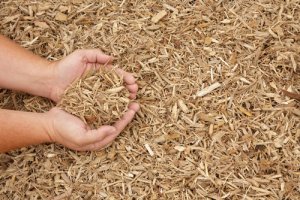 A recent asbestos scare has seen a number of Bundaberg residents unintentionally putting their homes and gardens at risk.

After sending the product away for testing, the tip continued to sell the mulch until the results were returned. This meant that dozens of residents had time to purchase and use the contaminated product.

A spokesperson from the council explained to NewsMail that residents who had bought the mulch were being contacted and offered assistance. The council planned to send a qualified professional to each home to test gardens and undertake any necessary decontamination.

Since the incident, measures have now been put in place to obtain contact details for those purchasing the council’s mulch, as well as improving monitoring of what is being dumped. Asbestos products are not normally allowed in the affected tip site, which means that material has likely been incorrectly disposed of.

Anyone concerned about their garden should contact the Bundaberg Regional Council on 1300 883 699.

Drive for education in Wollongong

Developed by the Asbestos Education Committee, these measures will ensure that local residents are aware of their responsibilities regarding asbestos assessment and removal.

“All of the councillors were unanimous in expressing their concerns about the effects of asbestos on people’s health and believed council should and could do more to protect the health of Wollongong residents,” Councillor Jill Merrin told the Illawarra Mercury on August 10.

Unlicensed asbestos removal results in fines around the world

A number of recent court cases have seen unlicensed removalists be landed with heavy fines. While these trials were located overseas, they each demonstrate the serious nature of unauthorised asbestos handling.

In particular, an American man from Woodbridge, New Jersey has been given five years in prison for undertaking unlicensed asbestos removal in schools, homes, churches and pre-school centres.

The man came under investigation after authorities discovered asbestos dust and material had been left in a day care facility he had been charged to clear.

“[He] exhibited tremendous greed and callousness with his unlicensed and unsafe asbestos removal, putting the health of young children at risk so that he could turn a profit,” acting state Attorney General John Hoffman said in a statement.

Another case in the United States has seen a man from Lebanon, Oregon fined more than US$13,000 for allowing an unlicensed individual to undertake an asbestos project on his home.

Issued by the Oregon Department of Environmental Quality, fines regarding unauthorised asbestos work are handed out regularly to property owners and businesses. This particular fine was followed by a $8,800 penalty issued to a cafe in the same area that engaged the services of an unlicensed contractor.

This shows that it is important not just for removalists to access the appropriate licences, for also for homeowners to ensure they hire the right people to undertake asbestos-related work.

Unlawful demolitions a problem in Rockdale

The unauthorised demolition of a home in Bardwell Park, NSW is just the tip of the iceberg in regards to unlicenced renovations, according to the Rockdale Council.

While the owners of this particular property were given a stop-work order and a clean-up notice, a spokesperson from the council claims there are “dozens and dozens” of homeowners who are working on their homes without approval.

These individuals are not only putting themselves at risk, but also creating hazards for the health of neighbours and workers by potential asbestos contamination.

The home in this particular instance was over 70 years old, which means it is very likely it contained asbestos products, as reported by The Leader on August 15.

A suggestion raised by locals is for approved and assessed demolitions to be given official notices to be displayed prominently on the site. This will help the community identify illegal works, and should boost the number of unauthorised projects the council is informed of and able to stop.

The Rockdale Council has reissued warnings regarding older homes, particularly those that may contain asbestos materials. Residents who are planning renovations or demolition should engage a suitably licenced individual to assess the asbestos risk and, if required, carry out the removal.

Non-compliance with the clean-up notice could result in a fine up to $1 million for a business and $250,000 for an individual.

Asbestos is a serious issue in Australia. If you would like to know more about this deadly material, check out the other stories on our news feed.

To access asbestos awareness and removal training, get in touch with the AlertForce team today.