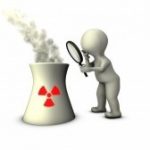 The Asbestos Awareness Association has cautioned young people about the dangerous associated with the killer building material.

Maul has subsequently called for government subsidies on asbestos removal and disposal.

“Ninety-five per cent of the houses in the north, not just Port Augusta, would have asbestos somewhere in them,” he said.

“They should do something to encourage people to safely dump asbestos.”

In Port Augusta, non-friable asbestos can be disposed of at the  TPI Waste Transfer Station. However, it needs to be wrapped and sealed in black plastic and only then will it be removed at a cost starting at $133.50/half tonne and $267 per tonne.  However, SafeWork SA recommends using a license asbestos contractor, which can make the process significantly more expensive

However the removal of asbestos can be far more costly with SafeWok SA recommending the use of a licensed asbestos contractor.

Port Augusta City Council director of infrastructure Hayden Hart said “The disposal of asbestos need not be a daunting experience, it can be easily and affordably disposed of at the Footner Road Waste Transfer Station,”

“I also strongly encourage anyone considering removing asbestos from their home to read through the SafeWork SA guide, which is a great source of information.”