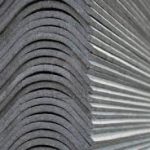 “We made that decision for the safety of our staff and after discussions with the council and WorkCover,” a spokesperson told AAP on Wednesday.

Australia Post said deliveries are will not resume until Telstra finishes their audit on the practices of contractors upgrading pits as part of the NBN rollout.

This comes as work on the NBN was suspended after a Penrith resident contacted WorkCover concerned that asbestos safety procedures weren’t being followed.

The telco hopes it will have the sites cleaned up by Thursday and is asking affected residents to give permission for a clean-up.

Residents have been told they can collect their mail from the Australia Post Nepean Business Hub.