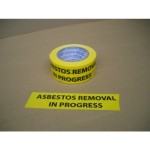 A large and worrisome amount of highly degraded asbestos material is dispersed throughout a popular recreational area.

The Peter Murrell Reserve at Howden is reportedly ridden with broken pieces of the deadly substance which was dumped there by unprincipled renovators. Amidst the scattered refuse is blue asbestos, said to be the most fatal to human beings.Even though the problem was reported to authorities two months ago, and despite an apparent clean up, hundreds of asbestos fragments remain on the ground of the park.

Asbestos was a popular building material used in the post-war era, prior to being progressively banned from the 1980s. Inhalation — regardless of how minute, can cause fatal mesothelioma years or even decades after exposure.

Builder Scott Cordwell was horrified to find asbestos throughout the reserve.

“I just live around the corner and I walk my dogs around there,” he said. “I went up there and I noticed a lot of it kicking around. This stuff is broken down and weathered and it’s quite a risk … if you pick it up it just disintegrates.”

There is a distinct lack of warning signs or barriers preventing members from the public from being exposed to the deadly material.

“A sample of the asbestos was collected. This was tested and confirmed to be asbestos,” he said.

“PWS staff then removed and disposed of a small amount of material on 23 October according to the proper process for disposal of asbestos.’

“Given that dumping of material such as this in bushland close to urban areas was a very common occurrence for many years, there may be other small deposits at the reserve.

“PWS will continue to remove this material as it is found and as it is reported by members of the public.”

AFTF spokeswoman Susan Wallace is concerned that asbestos might be present in the reserve and believes an investigation and clean-up is urgently needed.

“If it’s lying around like that it should be a matter of priority,” she said. “They need to get an appropriately trained person in there to get some samples and do some testing and as a matter of urgency they need to organise a clean-up. Any asbestos that is releasing fibres into the air poses a health risk.”