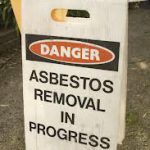 An outside testing agency informed the company last week that asbestos had been found and the site was to be closed down entirely as a safety precaution and to allow for further testing.

The company expects the results of the additional testing to be released shortly, and the plant is expected to open later this week.

“The company is not aware of any related health symptoms, however as a precaution, health checks will be made available to employees and contractors,” Winston Wallboards general manager David Thomas said.

“It is understood the traces of asbestos originate from the roof and that those traces are likely to have been contained within the manufacturing building.”

Staff and contractors were warned of the risks and asked to stay clear of the affected areas until the site is open once again.