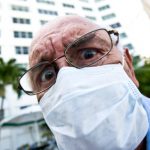 Over 100 workers are believed to have been exposed to the deadly substance, asbestos as a result of safety lapses at an Ipswich work site.

Brad Ayers, a contractor is one of the workers allegedly in the “significant potential exposure”

According to workers and union representatives, the workers began work on a bridge where much of their material is believed to be asbestos, however it was never tested to confirm.Work was only halted this month when an analysis identified a substance at the site was revealed to be chrysotile asbestos.

One of the highlighted concerns is that workers were exposed to this substance prior to going home and hugging their wives and children.Ayer is terrified over the prospect of exposing his young children to the deadly substance. He expressed his grave disappointment and anger that the employers allegedly lied to their faces.

The  Roadtek project commenced after a truck smash left the overpass on Cunningham highway severely damaged.The Formwork on part of the bridge is made up of a 25mm sheet of asbestos which had to be removed following the crash.

A piece of material suspected to be asbestos was eventually turned in for analysis but work went ahead when staff was informed that the site was safe. Since workers were not informed of the dangers, they did not wear the proper protective equipment.

Chrysotile asbestos is identified as a Class 1 carcinogen under the National OHS commission.