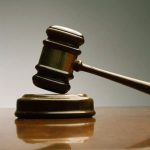 Theodora Ahilas clients have all had contact with asbestos throughout the past 5 decades. Now her clients are dying and the pressure is on to ascertain the time of exposure so their families can receive compensation within their lifetimes.

Ahilas is an asbestos solicitor and has taken on approximately 1000 mesothelioma victim’s cases.Now, in the same month that seven James Hardie directors been fortunate to have their penalties reduced, she’s been awarded the Law and Justice Foundation’s Justice Medal, for her  commitment to their victims.

”I’ve seen people give their last breath getting compensation for their families,” Ms Ahilas said.

”It’s awful, but it’s still amazing that the human spirit is still prepared to fight at that point. That’s why I love the work.”

However, the  economics behind compensation for asbestos victims has evolved in her two-decade career.

The first influx of victims reports was the mining and factory workers who suffered direct exposure to asbestos and often battled its manufacturers, who allege to not have known about asbestos adverse affects until 1960.The second emergence of victims came from builders and plumbers whose work involved with fibro products.

Now reports indicate that a third influx is expected to come through– from women and children who washed the overalls of all those workers, the bystanders and DYI home renovators.

Now the third wave is coming through – the women who washed the overalls of those workers, the bystanders and the home renovators.Invariably, they have no idea when they were exposed.”I say to people when they come to me, ‘Think of it as a big jigsaw puzzle,”’ she said.

”It’s a forensic exercise. You’re looking at something that happened 30 or 40 years ago. You look for records to see what products they might have used. It’s a lot of talking to witnesses and going back and finding people,” Ms Ahilas said.

The third wave of victims demonstrates how indiscriminate mesothelioma can be.

”It could happen to anyone. There were several middle management [people] at James Hardie who developed mesothelioma, and that would be from walking through the factory.”

But if they ever sought compensation, they never called Theodora Ahilas.