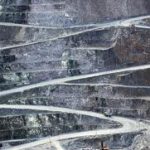 The company responsible for the National Broadband Network (NBN) has attained the services of accounting firm Erns & Young. The firm will look into status of the rollout, following the  asbestos discovery that occurred at a few sites. The issues are expected to  o delay the  process by  approximately 3 months.

Ernst & Young have been commissioned by NBN to test their own business plan against forecasts released in May and June.

Although the delay on work at the Telstra pits may be delayed by a few months, it is reported that it did not affect the project’s costs and revenues.

NBN Co drafted a corporate plan to submit to the federal government, but they advised them that the draft would need to be revised once the impact of the safety issue was fully examined.

The delay essentially guarantees  the corporate plan will not released ahead of the  the September 7 federal election.