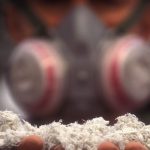 Scattered areas throughout the mountain bike trail at Stromlo Forest Park in Canberra have been closed down following the discovery of asbestos. Pieces of material believed to be asbestos was discovered on two sections of the track.

The material is believed to the remains of the Australian National University’s buildings (ANU) which were destroyed in 2003 bush-fires.

The asbestos material is expected to be removed by ANU by the end of the week and the park will remain closed for sometime after as a safety precaution.

Signs are in place near Red Rock and Tall Trees informing trailblazers of alternative routes.

Organisers of the World 24-hour Solo Mountain Bike Championships say the discovery should not affect the event.

Asbestos was found during earthworks to establish the North Weston Ponds site, near the new Molonglo suburbs of Wright and Coombs.

The ACT Government allocated $20 million for the clean-up of the pond site.