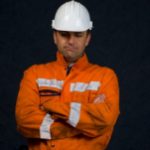 Carlton and United Breweries are refusing to return to work until safety concerns at beer giant’s Abbotsford brewery are addressed.

The brewer has reassured customers that there is no immediate concern over the disruption of beer supplies.

Approximately 160 brewery workers decided to strike  over concerns at the plant. The union representing the workers at the brewery, United Voice, stated that new brewing processes suggested by the company last year was neither safe nor acceptable.

The union also expressed staff concerns that voluntary redundancies offered to staff at the brewery could be withdrawn or even used to get rid of staff.

United Voice and CUB’s parent company  engaged  Fair Work Australia in search of  an emergency hearing, in an effort to resolve the dispute.

CUB said in a statement that it had been going through an extensive consultation process with staff since 2011 over the changes.

It said that some operations were recommencing at  the site, that alcohol continued to be  delivered and that “no interruption is expected to beer supply”.