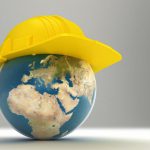 THE Coalition has demanded Safe Work Australia explain why there has been a dramatic increase in emissions of the carcinogenic chemical formaldehyde and how they can be reduced.

Opposition workplace relations spokesman Eric Abetz said yesterday he was “deeply concerned” by a report in The Australian about a doubling in formaldehyde emissions by industry since 2007.

“A Coalition government would work with unions, industry, state governments and regulators to ensure safer workplaces for all Australians. Safe Work Australia’s role should include explaining to Australians how it is that the use of formaldehyde has doubled in recent times,” he said.

The workplace safety regulator has failed to act on recommendations made in 2006 by Australia’s chemical regulator, NICNAS, about the need to slash safe exposure levels.

Since then, numerous countries have classified the substance as carcinogenic. It is used in a wide range of products, including building materials, hair treatments, clothing and insulation batts.

A spokeswoman for Workplace Relations Minister Bill Shorten said Mr Shorten had asked the agency to consider the role of these standards in workplace health and safety laws.

Asked yesterday whether Australia should strengthen its labelling laws, Consumer Affairs Minister David Bradbury said the government had relied on the advice of NICNAS and the Australian Competition and Consumer Commission.