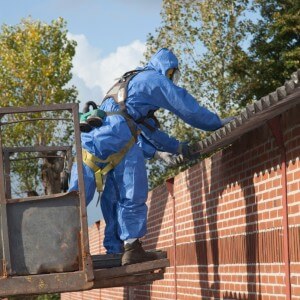 The local community is concerned with the asbestos removal work that is taking place at the old Tascot carpet factory in East Davenport.

The Davenport City Council heard several issues that were raised at last week’s meeting. Chief among the complaints were concerning truckloads of materials that were taken to the site. Residents stated that they grew even more concerned when an asbestos warning sign appeared on the fence.

The community is eager to know what exactly is happening and one resident has questioned whether or not the council was informed of the demolition of the factory or the cost of it.

Other concerns raised included the fact the gate was left unlocked while work was being carried out and anyone could walk in if they so desired.

Acting council general manager Matthew Atkins confirmed reports that the workers were carrying out asbestos removal at the factory.

He added that only repairs and maintenance would be conducted at the site as no other permits have been given out. Mayor Steve Martin jumped on this point, confirming that the current plans are to keep the site zoned as residential.

What Is the 10852NAT Course in Working Safely with Asbestos Containing Materials?

Work Health and Safety Regulations cover a wide range of safety training including the previously known 10559NATCourse in Working Safely with Asbestos Containing Materials.. This course is now know...

According to the Work Health and Safety Act 2011, asbestos awareness training is required for all individuals who work in fields that may involve contact with asbestos. Builders, carpenters, cabler...

The use of asbestos products in Australia came to a halt more than a decade ago, but the threat of asbestos exposure — and asbestos-related disease — continues to thrive. The danger remains real. ...