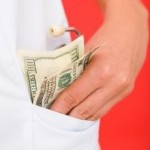 Over 60 City Council workers from Brisbane have been caught committing various prohibited and unethical acts.

The charges are varied; ranging from impersonating a police officer to downloading pornographic material.

The council employees had received over 110 complaints for unethical behavior. 65 of those cases were confirmed while 11 are still currently being investigated.11 employees have had their employment terminated, nine resigned, 25 received a warning and an additional 20, received a final warning.

A council truck driver has since been fired for drink-driving and striking three parked cars. Another employee was let go after it was discovered that the worker accessed drug and pornography related websites.

The deputy mayor has expressed his disappointment that the actions of few have tainted the reputation of the city council.