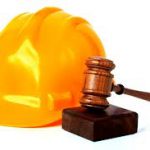 This year twice as much money is being paid out to compensate stressed federal public servants. The cost has doubled  to almost $1 billion for 2011-2012.

The Federal Government’s workplace compensation insurer Comcare, blames the dramatic increase in claims and a result of public servants “not recovering as quickly as they should”.

They have also attributed the increase to lower interest rates on earnings and higher forecasts for inflation.

Comcare has been overseeing the recent surge in compo claims for bullying and an ” adjustment disorder”.

Comcare’s most recent annual report stated the cost of ongoing workers’ compo claims have risen from $459 million in in 2011 to $994 million a year later. Increases are slated to increase by 25 per-cent this year in order to combat the $564 million loss.

Comcare’s acting chief executive, Cathy Skippington, attributed the loss to ” economic factors and because some injured workers are taking longer to get back to work “.

“As a result, we’ve had to increase our scheme premium rates substantially to return the scheme, over time, to a fully funded position.”

“People are much more aware of bullying now and the fact they don’t have to put up with it,” she said.

bullying has accounted for nearly half of the mental stress cases.