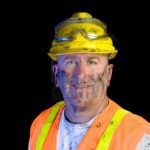 Another worker has succumbed to the effects of an explosion that occurred last November at a Chinese Lithium plant owned by Galaxy Resources.

Australian Securities Exchange released an update earlier this week stating that a second worker had died as a result of an infection sustained from the injuries following the accident.

Galaxy had previously revealed that several employees and contractors were exposed to heated sodium sulphate solution  and suffered second-degree burns. Investigations into the causes of the explosion were reportedly done by the company and China’s Suzhou Safety Bureau.

Their report concluded that an “abnormal and unexpected blockage” resulted a mass of sodium sulphate which caused the fibreglass pipework to rupture.

“Employees and contractors affected by the incident continue to recover, and the company continues to support them and their families,” the statement said.

“The company has business, commercial and welfare insurance policies in China that cover the business interruption and the affected employees.”

Galaxy  reported that stainless steel replacements were on the way and the the ruptured section is expected to be repaired by February.

The company manages the Mt Cattlin mine.