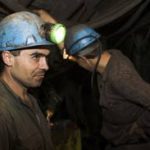 Evening mining operations have continued at a North Queensland coal mine which has struggled with a series of hazardous gas leaks.A month ago, the Mining company Thiess, made the decision to suspend late night operations at the site following a several gassing incidents recently.

25 miners have been taken to the hospital in the last two months after being exposed to hazardous gases.A spokesperson for the company stated that five new monitoring stations have been placed on the site and staff have received supplementary training.

Since operations have resumed last weekend, there has been low-level readings but the exposure was not enough to negatively affect others.

The company is exploring potentially long-term solutions to the issues.