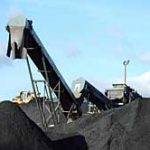 A health researcher  is concerned that data  from hundreds of thousands of  mine workers which studied the long-term health affects, is no longer being collected.

Lin Fritischi, an epidemiologist from the WA Institute of Medical Research at the University of Western Australia, stated that the data was crucial to learning of the health implications for WA mine workers.

Fritischi is worried  that proper analysis of the information or thorough consultation with health experts was avoided prior to cancellation of the data collection.

“We’re concerned the Mine Health Surveillance was stopped without a full public consultation,” she said.

“It was announced on the 12th of January and stopped on the 13th, we’re worried there wasn’t a full thinking through of it.”

The program involved conducting health assessments on workers who are regularly exposed to dangerous chemicals such as those contained in diesel emissions.

Cancellation of the study is of particular concern for health experts after the World Health Organisation recently classified diesel emissions as a cause of cancer.

“If the data proves useful, then they should consider continuing the program.”

More than 11,000 WA miners work underground and are exposed to diesel emissions in a confined environment on a daily basis and there are guidelines in place recommending companies keep that exposure within safe limits.

The Department of Mines said it stopped the program because its analysis of the data found the program neither prevented nor detected ill health at an early stage and therefore wasn’t helpful.