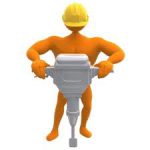 WA mine sites are three times more fatal than other states in Australia, according to recent reports from Safe Work Australia.

The report also revealed that workers are treating their own injuries on the job out of fear of being fired. This “culture of cover-ups” is reportedly a result of  mining companies trying to keep profits and production at full speed. Following inquiries by The Sunday Times, Department of Mines and Petroleum director-general Richard  Sellers  said inspectors will probe the first-aid kit claims.

Mining is reportedly number three on the list of deadly jobs in WA, only surpassed by the agriculture and construction industries. Over a dozen lives have been lost in four years, with countless injuries and close-calls.

Since WA has over a third of Australia’s mine workers, it accounts for nearly half of the deaths.

Safe Work reports that from 2007- 2011 16 mine workers died in WA. Of the mining deaths  Queensland had five fatalities,NSW and SA had five, and Victoria had one.

It was also revealed that

Advocacy group FIFO Families’ said  several workers acquired their own first-aid kits for work because of the the fear they have of reporting “lost time injuries”. This fear is thought to stem from companies linking bonuses to “no lost-time” injuries since some contractors desperately wanted a clean safety record.

Consultant and campaigner Helen Fitzroy, who founded legacy charity Miners’ Promise following the mining death of her husband, has called for an elimination of production bonuses because they result in workers not reporting incidents.Construction, Forestry, Mining and Energy Union secretary Gary Wood  stated that mine inspections were often “controlled” during site visits .He confirmed allegations that some companies had no desire to have injury reported on their record.

Mines Department director-general Richard Sellers noted the success of his inspectors hosting impromptu safety inspections. Sellers stated that these “pop” inspections had prompted a safety overhaul in WA that has made the mines some of the safest in the world.