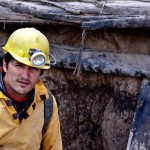 The CFMEU has launched a campaign against the Queensland State Government’s proposed safety legislation changes.

The ad which was recently broadcasted, utilizes the symbol of death itself, the grim reaper, and makes reference to the recent disaster at the Pike River mine in New Zealand which killed 29 men.

The ad went to air to coincide with Joanne Ufer’s address to parliament. Ufer’s son was killed in the 2010 Pike River mine disaster.

She used her address to appeal to the government to stop its proposed safety legislative changes, CQ news reported.

“Mine safety is a matter of life and death.” Ufer said.

“My family will never recover from what happened to Joshua but I wanted to make sure the government knew the implications of messing with a safety system acknowledged to be the best in the world.”

The union said the State Government was under pressure from the Queensland Resources Council (QRC) to remove powers currently held by mine check inspectors and place the authority in the hands of mine management.

Check inspectors currently have the power to halt production; any move to restrict or remove this authority would reverse the lessons learnt from the Pike River Royal Commission, the CFMEU said.

“Queensland has the safest mining industry in the world – why mess with it?” he said.

Earlier this month Australian Mining reported the CFMEU was fighting the Queensland Resources Council’s push to ‘deregulate’ mine safety.

At the time the QRC said the union had abused its ability to close mines and these changes to safety rules would bring regulations closer to those in NSW.

This latest campaign comes after the CFMEU’s mining adverts were last week shelved by Qantas, marked as being against the company’s advertising guidelines, Luke Enright Qantas spokesman said.

“It ran for a day and then we had it pulled off the next day,” he said. “It wasn’t censoring a union ad – we don’t allow any political ads.”

“There is nothing remotely controversial about these commercials,” he said.