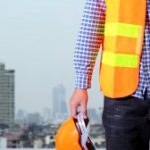 A collapsed wall at a Hawthorn building site has resulted in two men, both in their twenties, being hospitalised.

The men were doing construction on an apartment complex the morning the accident occurred said a spokeswoman for Worksafe Victoria, Rosanna Bonaccurso,

The men were evening out concrete on a wall when the rock supported by the wall fell onto them, she said.

“The rock has fallen off the wall onto them,” she said. “They were both transported to hospital.”

The Metropolitan Fire Brigade arrived at the scene and had to pry of the men out of the rubble using a crane.

Bonaccurso revealed Worksafe Victoria issued a prohibition notice on the site preventing any further work until an engineer has conducted a thorough investigation of the site.

Both men suffered minor injuries – one an injured hip, the other an injured wrist – and were taken to the Alfred Hospital.