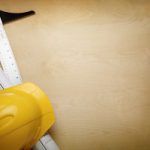 Mathias said that they support the concept but do not want to push the family on any matters and will await their decision.Belconnen Concrete, Catzanzariti’s employer, said that they were “deeply saddened” by the loss of the young concreter and the injuries of two fellow workers.Operations manager for the company, Andrew Spinelli stated that the relevant pump had been thoroughly serviced three weeks prior to the incident and had only been in use for a total of 10 hours since the last service.

Belconnen Concrete is reportedly committed to providing full co-operation with WorkSafe ACT and the Federal Police.  The company swiftly provided all information and documentation requested by the investigative bodies. The company is reportedly also conducting an internal investigation into the incident.

Belconnen was initially prohibited from using its fleet of concrete pumps following the incident but have since been cleared for operation by WorkSafe.