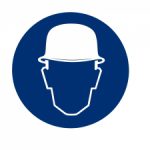 Concerns over surging budgets and prolonged delays are pushing construction companies to neglect safety measures related to concrete pours, according to a safety watchdog.

Work Safety Commissioner Mark McCabe, regards concrete pours as a major “pressure point” in the ACT industry, and subsequently one of the most hazardous activities in construction.

McCabe is joining the government inquiry panel that will be investigating suspected malpractice in the industry. The inquiry was ordered following 4 workplace deaths on ACT construction sites in under a year.

The inquiry is expected to conclude later this month, but McCabe believes that pressures to reduce costs were compelling workers to neglect safety problems in various areas of the job (i.e concrete pours).

A pour was halted half-way at Empire Building Group’s construction site in Harrison, after significant safety breaches were discovered throughout the access area. As a result, truckloads of concrete were directed away from the site—a move which is expected to be costly for the company.

McCabe identified aspects that contributed to the dangerous nature of concrete pours; namely the backed up waiting lists for concreting contractors (which is said to have been caused by the rapid growth of ACT’s construction industry and subsequently made any delays unappealing).

McCabe revealed that any delays on concreting can result in tens of thousands of dollars per day (of delay).

The company is working desperately on the safety issues at the worksite in Harrison. WorkSafe ACT will resume investigations at the site.