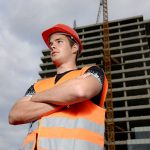 THE CFMEU has delivered a list of demands to the employers of a Canadian backpacker killed in an accident on a Sydney construction site earlier this month. Mathieu Lopez-Linares, 22, suffered fatal head and chest injuries when he was hit by metal beams during the demolition of a building in Camperdown, in inner Sydney, on April 13.

The Construction, Forestry, Mining and Energy Union said Lopez-Linares was on a temporary working visa and was not paid any superannuation during the two weeks he worked at the site. It is demanding employers pay $225,000 to the Lopez-Linares family, an amount representative of the death benefit that would have been payable to his family had the company been paying his superannuation.

CFMEU NSW secretary Brian Parker said yesterday the union had raised concerns over safety at the Australia Street site two weeks before the accident. Mr Parker alleged that foreign workers on Ceerose sites were underpaid and did not receive full entitlements. The union is also demanding the alleged underpayments be paid.

A temporary truce has been reached between the union and Ceerose representatives, agreeing to further meetings this week. Unions have threatened further disruptions if the matter is not settled by Monday. A Ceerose spokesperson said the company was co-operating with the WorkCover investigation into the death.

The spokesperson said Ceerose was not the man’s direct employer and invoices for wages were provided to them by the parent company of One Stop Work Force, the labour hire company that employed Lopez-Linares. One Stop Work Force would not comment on the matter yesterday, citing the ongoing investigation. The union said the company was not present in yesterday’s negotiations. Police will prepare a report for the coroner.