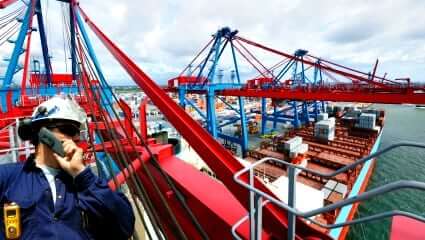 The death of a 32-year old Tasmania Pole-driver has shocked the construction industry and union officials.

“Construction unions have been voicing very strong concerns about safety standards in construction for quite some time with very little response,” union boss Kevin Harkins said.

The victim was reportedly a subcontractor to the building firm building a new waste transfer station for the Hobart City Council at the McRobies Rd site.

The man died when a one-tonne steel beam fell as he was positioning it into a hole prior to driving it into the ground.

While positioning the beam, it swung through the air and struck the man in the head.

“”The webbing connecting the beam to the excavator then broke free, resulting in the beam falling on top of the man, and he sustained critical injuries” said Inspector Glen at the scene.

First Aid attempts were made by the man’s fellow colleagues, but he unfortunately died at the Royal Hobart Hospital soon after.

Workplace Standards will also be  investigating and compiling a report for the coroner.

Unions Tasmania says the loss of any life at work is completely unnecessary.

“I think the time has come for construction unions to play a far more proactive role in safety on worksites, and that’s what we are going to do,” he said.

“The time to rely on others to protect the safety of workers is over.”