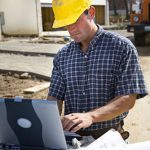 Safety Watchdog, WorkSafe, has stepped in to halt a  concrete pour on a large Canberra construction site. This comes soon after WorkSafe cautioned that the industry was disregarding safety laws.

WorkSafe ACT stopped the pour at the  Lyons apartment construction project after workers cited concerns that they were put in danger.

It is believed that contractor indicated that a deck for the pour was ready, however, numerous tradesmen were still doing work on it even though the pour was being readied.

Work Safety Commissioner Mark McCabe said  After discovering several problems, his inspectors called for the pour to be  stopped. Of the most serious issues, was that work was signed of as completed even though it had not been.

Three concrete trucks were turned away.

The incident follows a meeting between WorkSafe ACT and concrete companies last week, in which the companies expressed concerns that some building firms were pressuring them go ahead with pours in unsafe circumstances.

McCabe said pours were too dangerous to skimp on safety.

“There have been a number of significant incidents in the ACT recently that have involved dangerous concrete pours. This kind of risk taking is just unacceptable.”

Ben Catanzariti was killed during a pouring accident in July this year at a Kingston Foreshore site, which also injured two other workers.

Mr McCabe described concrete pours last week as one of the construction industry’s most dangerous activities.

He said he was concerned that developers were forcing workers to ignore safety precautions so as to lower costs.

The Construction, Forestry, Mining and Energy Union’s ACT secretary, Dean Hall, said workers on the site called the union on Thursday morning because they feared for their safety.

“They were concerned that they were under pressure to work in an exclusion zone, and they could see the concrete trucks rolling up and getting set up to pour. That should never have happened.”

He said the union was firmly behind WorkSafe ACT’s crackdown on the industry.