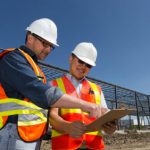 Cement Australia Pty Ltd (CAPL) and Cement Australia (Kandos) Pty Ltd (CA Kandos)have been ordered to pay out a total of $190,000 for the death of Colin David Fuller at the Kandos cement plant in September 2009. Fuller died after being crushed between two hydraulic rams, while he worked at the factory.

The NSW Industrial Relations Commission found that CA Kandos and its parent company, CAPL,  breached the Occupational Health and Safety Act 2000, by not installing fixed guarding along the entire length of a feeder and conveyor system as required by Australian safety standards. They were also charged for failing to ensure adequate supervision and instruction to Mr Fuller.

In the evenining of September 13, 2009,Fuller was on duty as a central control assistant in the raw materials preparation area, a role  which required him to conduct checks on materials and equipment in the plant.

Mr Fuller the feedlines of  C2 feeder in the Stone Tunnels after another worker informed him that several hoppers were not feeding.

Although it is uncertain how Fuller was crushed, the court was told that he might have been attempting to remove a blockage manually while the system was still operating.