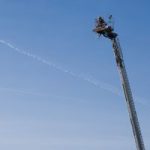 A crane has crushed a man to death at a metal factory in Sydney’s west.

A man died when he was crushed to death by a crane at a metal factory in Sydney.According to police, the crane fell, pinning the man against another piece of machinery.

Two fellow workers freed the man  but despite their attempts  to revive him they could not save him. NSW WorkCover will allegedly investigate the incident.

The manufacturing union stated that the incident signifies the dangers within the industry.

Tim Ayres of the MWU believes the Government needs to alter their priorities and not be focusing on cutting costs in workers compensation schemes.  Ayres stated the need for everyone to focus on increasing the level of safety in the workplace.