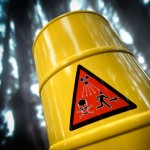 CFA’s Fiskville training college has recently been inspected by WorkSafe following a Herald Sun investigation that links 15 deaths to the site.The inspection by WorkSafe comes after CFA initiated its own investigation into Dangerous Goods usage at the site in the 1970s and 1980s.Former Environmental Protection Authority ( EPA) deputy chairman will now serve as chair in the CFA case regarding chemical usage at Fiskville.

CFA has pledged their cooperation with WorkSafe investigations.Families who would like to report of any health problems concerning the training college, can do so by accessing the email account that was set up for that purpose.

Heads of CFA have indicated their dedication to resolving the allegations and reassuring workers that the site is now safe.

Many who have worked at Fiskville are reportedly concerned, according to an opinion piece  written by CFA executive Mick Bourke.  Bourke attributes the use of the toxic chemicals to a “ different time” when “attitudes, understanding and work practices were different”.

He stated that since then the work practices of the CFA have changed dramatically and positively.A former CFA volunteer by the name of Rick Jakob, has developed a cancerous tumour on his spine . He claims that volunteers regularly set fire to gasoline on creek beds during his time at Fiskville.

Jakob has expressed concerns that until the late 1990s water could have been contaminated as there was no treatment, and thus, it could have entered waterways.