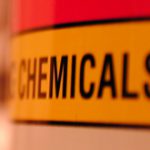 A number of Queensland residents have been complaining of symptoms related to gas exposure, according to the Australian Medical Association. The exposure is likely due to the exploration of 5 coal seam gas wells inside a Brisbane residential estate.

“A number of people live near where CSG exploration is occurring and they are reporting symptoms that are consistent to gas exposure,” says Dr Christian Rowan.As of now, there is not enough evidence to comment on complaints of rashes, bleeding noses, headaches and vomiting by the residents of the Tara Residential estate, which is in close proximity to the CSG exploration. However, eye and throat irritation, nausea and vomiting, severe headache and dizziness, and even blurred vision and heart palpitations are all symptoms related to gas poisoning. In June, government officials were sent to the Brisbane estate to investigate complaints of gassy odours and health concerns.

Lock the Gate Alliance president Drew Hutton said that people continue to call in, complaining of illness. “They’re ringing in saying their whole family is sick”

The Australian Petroleum Production and Exploration Association says it has only been made aware of one family complaining of illness in the Tara Estate, Debbie Orr.

An APPEA spokesperson said that Ms. Orr has refused medical evaluation offers. Furthermore, he says that gas and air samples taken last year revealed insignificant levels of volatile organic compounds or heavy metals at gas fields across Queensland, including Tara. Ms. Orr has called for an independent health study, encouraging people to speak up about their health issues.

“There’s just too many of us with the same symptoms.”