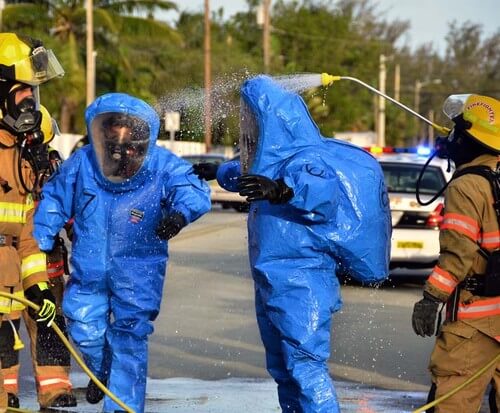 Three individuals are struggling to survive following a chemical accident at a Cloverlea dairy farm in Melbourne.

A farmer was overcome with gas while inside of a storage tank on his land.

Soon after his two sons entered in an attempt to rescue him, but they too were overcome with gas.

Sarah Coster, the wife of one of the sons, is reportedly shocked at whole ordeal.

“It was just total chaos, there was just a horrible scene to see,” she said.

“As soon as I saw his eyes, the look in his eyes.”

The three men have been in induced coma at the Alfred and Royal Melbourne hospitals for treatment. Several other men, such as two officers and two paramedics, also sought treatment for exposure to the fumes.

According to the police, the gas came from fermented cattle feed product.