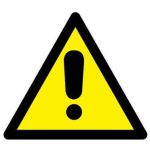 WorkSafe is confident Esso’s claims that systems have been implemented to improve the safety of workers at the Longford Gas Plant. In 2009 a gas leak occurred which has since resulted in the company’s conviction and a fine of $40,000.

Court hearings revealed that an operator was injured when over half-a-tonne of gas burst from a high pressure valve. Worksafe’s Jarrod Edwards stated that the company pleaded guilty and has made efforts to improve their safety measures and training since the incident.  Edwards added “”Certainly WorkSafe takes all incidents that are reported to us seriously and we have diligently followed up to understand the reasons this has occurred and we have assured ourselves that Esso has the systems in place to not only prevent this happening again in the future but the systems in place to monitor the effectiveness of those systems,”

According to Edwards, Esso has since begun putting more focus behind training for operators and job safety analysis systems since the offence.

WorkSafe is reportedly pleased with the response of Esso, and it is their hopes that the company will learn from the scenario and continue to focus on strong safety systems.