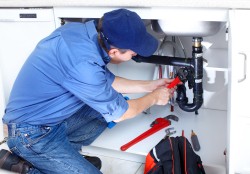 A Darwin plumbing company has been fined over mishandling acetylene cylinders.

A Darwin plumbing company has been fined for continued negligence in its handling of acetylene – despite repeated warnings from authorities.

NT WorkSafe reported yesterday (29 October) that the company was convicted and fined $5,000 earlier this month for storing cylinders containing the dangerous substance in enclosed vans.

It was revealed that the company was well aware of the risks of transporting acetylene cylinders in enclosed vans, but continued to neglect proper OHS safety standards even after formal warnings.

The court was told that NT WorkSafe issued an official prohibition notice to the company in May 2012, yet just a month later, found the same company breaching the notice.

This occurred when an employee of the company was caught transporting the cylinders to a jobsite in Darwin City, where he was spoken to by a NT WorkSafe inspector.

Doug Phillips, the NT work health authority, explained that although the cylinders were only stored for 30 minutes, this still constituted a breach of the prohibition notice.

“Prohibition notices are issued for a reason; one young life has already been cut short in the Northern Territory due to the practice of storing and or transporting acetylene cylinders in enclosed vehicles,” he said.

“Six months on, despite a formal warning, a company has been caught continuing to do the same thing.”

As an example of the implications involved with the improper handling of acetylene, NT WorkSafe pointed out one local incident that resulted in tragedy. A 24-year-old refrigeration mechanic in Parap died early last year after a gas explosion in a van carrying acetylene.

The importance of proper OHS training in the handling of dangerous goods cannot be underestimated, and it is concerning to see companies still ignoring formal warnings on the associated risks.