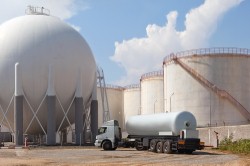 Gas was one of the super growth industries identified by Deloitte that had a high safety risk.

Deloitte recently identified three key industries that could help drive Australia’s economy in the future – and all three have been labelled as having a high safety risk.

In the wake of the declining mining boom, the global consultancy sought to identify the industries that could be next to fuel the country’s economy. Agribusiness, gas and tourism were the ones earmarked as having the potential of driving “super growth” in the Australian economy. Along with international education and wealth management, these sectors will form the new “prosperity wave” over the next two decades.

However, Deloitte was quick to preach caution and point out that the majority of these industries were earmarked as posing a high safety risk to workers during Safe Work Australia Month in October.

“These three industries also fit the high risk sectors identified by Safe Work Australia as requiring greater focus to deliver on the health and safety workplace needs of the nation over the next ten years,” Deloitte CEO Giam Swiegers said in a November 6 statement.

To manage the special risks associated with these high growth industries, Deloitte has enlisted a team of specialists from the former Brief Group to join its national Work Health and Safety risk business.

Deloitte will work with these specialists to help their clients “build proactive safety risk intelligence” and “confidently invest further in new ventures aligned to growth sectors”, with the assurance that concerns surrounding workplace injuries and deaths are being well managed.

The costs incurred by neglecting proper WHS standards cannot be ignored. According to Deloitte, $60.6 billion was a “conservative estimate” of the cost to Australia’s GDP of failing to implement proper work health and safety measures.

If you are an employer in one of the three super growth industries identified by Deloitte, it is important to ensure you are keeping your workforce safe while contributing to Australia’s economic prosperity.

This can involve getting your employees signed up for WHS training courses so they can better look after themselves while at work.