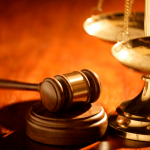 Those within the OHS community have been in deep discussion over the passing of the model Work Health and Safety (WHS) bill through the South Australian Parliament. Despite the bill reaching the committee stage (and thus requiring a third reading), some speculate that the WHS bill will fail to be enacted into law.

On September 6, Russell Wortley commented “There has been a lot of fear mongering about the effects of these laws. I want to assure honourable members that these fears are misguided and, sadly, often based on misinformation from lobby groups with a particular self-interest in seeing this legislation defeated.”

Wortley stated that many of the Housing Industry Association’s predicted costs of passing the bill include costs for items that are not mandatory under the WHS bill (future or current).  Other costs put forth by the HIA are for items or materials that are currently included in safety measures enacted throughout SA and as such should not be considered additional charges.

Wortley believes HIA’s actions as an effort to gain political and media attention instead of an effort to provide a detailed analysis.