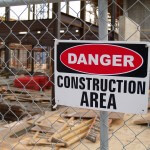 Recently, a safety and risk assessment consultant that was contracted following the Beaconsfield Mine incident says construction safety on Canberra sites is being “dumbed down” and over-regulated.  Rob Long, previously worked for the ACT government and various safety organisations before becoming a consultant. He believes that regulatory bodies such as WorkSafe and the CFMEU have a lack of focus on cultural change which is impeding on their efforts to tackle unsafe work sites.

Long said that after all the comments regarding safety incidents last year in Caberra, there is little discussion of safety culture. Long is in disbelief that the Cotter Dam project can receive 21 provisional improvement notices and yet there is no discussion of safety culture. Long is convinced that the twenty-one improvement notices are not evidence of problems with the system but rather, an attitudinal problems—safety cultural problems

Mine manager Matthew McGill stated that Dr.Long assisted him in understanding that human characteristics and attitudes could potentially influence the culture especially if they are volatile and inconsistent.

Master Builders Association ACT deputy executive director Jerry Howard gave his support to Dr.Long’s attempts to improve communication on worksites. Howard believes the solution is not simply paperwork, since that only shifted the blame.