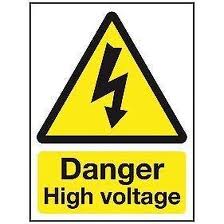 An electrician has been killed while doing work on  a luxurious hotel. The exclusive hotel the electrician was working at is the Palazzo Versace.  Paramedics were called to the scene when the man was found floating in the hotel pool. It is alleged that the electrical contractor was replacing a pool light when he died.

He was pronounced dead at the scene by the emergency service workers. The cause of death remains unknown but it is not considered suspicious.  Workplace Health and Safety continue to investigate the incident  and to determine if it was indeed an electrical safety issue.