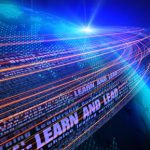 A coroner has called for improvements to the safety practices of welders following an incident that resulted in the electrocution of a Queensland man.

In 2011, Daniel Paul Morris, 23, was resting on a metal hopper while welding at a Townsville Ridley Agproduce site  when he was electrocuted.

The investigation into his untimely death revealed that he was left unsupervised for majority of the time, and welding was curiously not a part of his job description. The coroner also revealed that even though the welding machine had no faults, the humid weather conditions might have led to the perspiration of Morris, leading to his electrocution.

The coroner recommended extra safety precautions when operating a welding machine in humid conditions and recommended workplace health and safety reopen an investigation whether Ridley should be prosecuted for negligence.