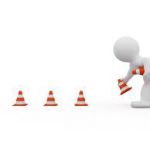 A investigation by a coroner has revealed that the Brisbane teen who died while installing insulation, had received no training and was not supplied with the proper protective equipment.

The court was informed that newly-hired carpentry apprentice Ruben Barnes, 16, had been employed by Arrow Maintenance for under a month when he was electrocuted at a Rockhampton home in 2009.

The corner informed the court that the teen had not received any insulation training and no induction, and co-workers had not been trained in first-aid treatment for electric shock.

The apprentice was one of three individuals who died in Queensland as a result of home insulation safety errors.

A month prior, Mathew Fuller, 25, also suffered electrocution at Logan, while Mitchell Sweeney, 22, died in north QLD in early 2010.

The inquest will look into 11 safety issues such as why it was not mandatory to cut off or isolate any power during installation jobs.