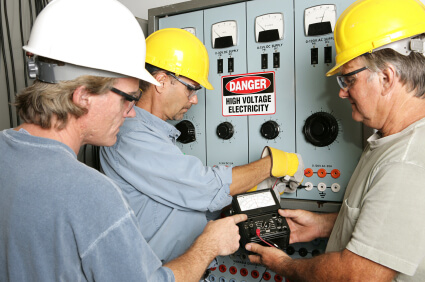 Workers have cited concerns over receiving electric shocks from water meters being installed .Southern Water has reported that six incidents are have been investigated by Workplace Standards since the rollout last year.These reports come after the Master Plumbers Association of Tasmania cited concerns with safety in August regarding the rollout plans.

The association cited problems when the contract for the installation of the meters was awarded to a NSW company which sub-contracted the work out to locals.During that ordeal, the association’s executive officer Adrian Cowie stated that they had received reports alleging that contractors were not adequately trained to do the basic work.

Howrah Plumbing owner Hans Verdou, stated that the schedule for the rollout came too rapidly which, they feared would cause safety issues.   Cowie stated that the incidents were not surprising since in the older areas of Hobart, water pipes were used for earthing. He continued by stating that a formal standard safety practice is required in order for people to avoid the potential risk of getting electric shock. However, when the procedure is not executive then a shock could occur.

Souther Water’s Mike Paine stated that all the incidents involved workers coming into contact with stray electrical currents. Paine alleges that the risk of stray currents was identified during the planning phase and was thus included in the safety management plan of the contractor.Southern Water claims they had consulted Aurora Energy and Workplace Standards Tasmania, who both approved their safety procedures.

Workplace Standards general manager Roy Ormerod stated that the issues have been resolved and that measures to reduce risks are being implemented to avoid any risk of electrical shock.

The rollout of water meters will continue this month throughout the Hobart area.