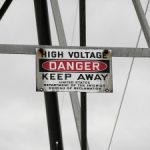 Two life threatening incidents occurred prior to the electrocution of Matthew Fuller, who was killed while installing insulation.

It was revealed in Brisbane’s Magistate’s court that Mr Fuller had received little safety training in his two weeks of starting work with QHI Installations,when one of the life threatening incidents occurred.

A second incident happened to a fellow worker, but in both cases the safety switch avoided further tragedy and little was followed up on.

Workplace Health and Safety principal inspector of investigations Doug Innes said Mr Fuller, along with workmate and girlfriend Monique Pridmore, lacked the necessary experience for their new job and supervision was necessary.

The inquiry was told Mr Fuller received little safety training and had only worked two weeks of the necessary two years of experience needed to perform the installation work.

Mr Innes was speaking at an inquest into the electrocution deaths of Mr Fuller, 16-year-old Rueben Barnes in 2009 and Mitchell Sweeney, 22, who died in 2010.

Mr Fuller and Mr Sweeney had been laying foil insulation using metal staplers and Mr Barnes had been installing fibreglass batts in a “live” ceiling cavity.

Department of Justice principal electrical safety officer Gerard Poynting said every house’s electrical wiring was different and it was often difficult to determine if the power had been completely shut off.

He told the inquiry the federal government initiative was known more commonly as the “pink bat scheme” and could have added to installation confusion.

“I don’t think a lot of people realised aluminum was used,” he said.