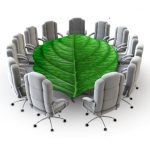 A family day-care is concerned that they may be forced to disrupt their play group if sulphur dioxide becomes too much for children to handle.

Incitec Pivot’s acid plant — a key player in reducing the amount of SO2 from Xstrata’s copper smelter, will be undergoing maintenance for a week. The company which monitors releases from the copper smelter stack, will subsequently be out of commission temporarily, which Xstrata’s spokesperson stated may result in  more visible plume coming from the smelter plant.

The company spokesperson called on anyone who feels they are having issues, to contact the company’s community feedback hotline.

Day care manager Elaine Hardwick, who is business is near Xstrata Mount Isa Mines, says on previous occasions staff have finished their playgroup early due to the sulphur dioxide in the air. Ms Hardwick says two or three times over the past few years staff were able to smell and taste the sulphur dioxide coming from Xstrata’s copper smelter stack. She says she would like to see more promotion of the company’s feedback hotline as a way of giving advice to residents.

“If they could get feedback from services when there are issues, it might help them to provide better support to the community as in what to do and what not to do and how to handle it,” she said.