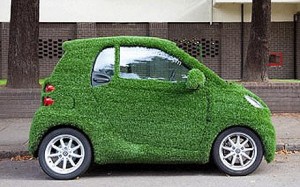 Learner drivers could fail their driving test, if they pose a threat to the planet, under proposals being drawn up by the European Commission.

Braking suddenly, revving the engine or wasting fuel by being too heavy on the accelerator pedal could prove costly.

This is because Brussels wants to include “eco-driving” – cutting carbon emissions at the wheel – in the practical driving test.

The plans, which could consign “boy racer” drivers to history, were unveiled earlier this week by Siim Kallas, the EU’s Transport Commissioner as part of a comprehensive road safety strategy for the next decade.

It would be achieved by widening the current EU Driving Licence Directive, which is binding on all member states.

In Britain “eco-driving” has been included in the written test since September 2008.

But making it part of the practical examination would mean that learner drivers would not only have to be safe drivers but also “clean” ones as well.

“My concern that somebody could be mark down twice for the same piece of bad driving such as accelerating too fast,” he said.

“I suppose there would be one benefit, the young say they are short of money and this would encourage them to save fuel.”

But Stephen Joseph, executive director (check) of the Campaign for Better Transport, welcomed the initiative.

“This is a practical and common sense measure. Training people drive in this way would save them money and the planet as well.”

Eco-driving is one of a number of initiatives aimed at improving the next generation of drivers.