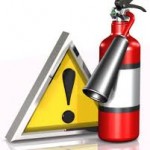 Union bosses demanded the upgrades on the Mercedes-built, gas-powered vehicles after one was engulfed in a fireball in July.Bus drivers held a snap strike on October 18 after video footage of the drama emerged, forcing hundreds of gas buses off the road.The State Transit Authority (STA)  has confirmed that it intends to carry out four safety upgrades.

Rail, Tram and Bus Union divisional president Chris Preston has since expressed his support for the move.It is alleged that with the new improvements –and in the event of a fire–  the situation will not be able to escalate as quickly and as much as it did on the exploding bus.

There are still concerns over the fact that the cause of the fire is still undetermined.

New fire suppressant materials, an advanced warning system in the drivers cabin and more staff training, are some of the safety upgrades included.

A Fire Safety checklist is also being compiled, in the event of another explosion.

The model of bus that exploded was designed by Mercedes, and they are currently 255 of them in use.  They are the only model that is of concern; a number of other buses from other manufacturers will remain untouched.

The matter is considered closed as unions demands have appeared to attended to.
Source: http://www.smh.com.au/nsw/exploding-bus-leads-to-safety-upgrade-20111107-1n3em.html#ixzz1dAcWRNej