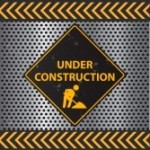 A senior foreman has died at a constructions site located at the University of Queensland. The worker died when he was struck by a piece of machinery.

The Workplace health and Safety co-ordinator from the Construction, Forestry, Mining and Energy Union ,Andrew Ramsay, claims the man was struck by a formwork shutter when workers were attempting to lift the piece of machinery by crane.

Allegedly, a lifting point broke on the shutter which caused the part to swing and fatally struck the worker. The police have stated that that the man was dead upon arrival, despite attempts to revive him through CPR.

Work has been temporarily halted at the construction site while the workers are receiving counseling  from the CFMEU’s Mates in Construction service.

This is the 12th fatal incident in Queensland this year that was construction related. Last year, there were only 8 incidents. Ramsay has called for safety walks from  workplace health and safety inspectors into the site.Investigations continue to determine the cause of the man’s death.